For this project I had to design a piece of technology that was outside the realm of our current reality.

I mocked up an idea for a pair of AR glasses in the style of an Apple product and elaborated on several possible use cases. The first being avatar-like costumes and the second, advertising with moving images/posters (aka cinemagraphs) via QR code.

The mock-up ad image is shown on the right, as well as images depicting the world with and without the glasses.

An apple-like mock advertisement for my speculative AR glasses. 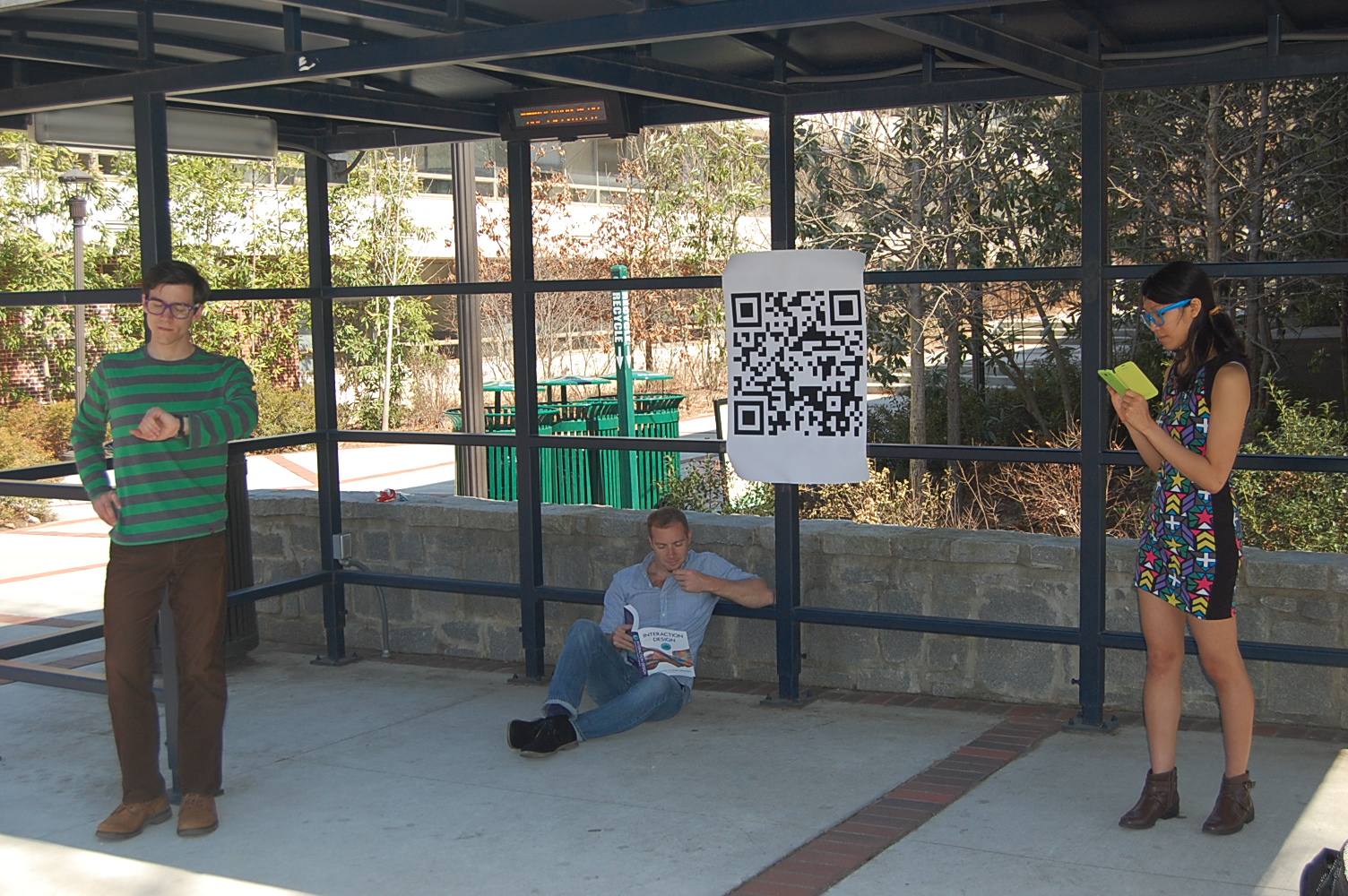 Waiting at a bus-stop, two people can be seen wearing the iGlasses next to a large poster of a QR code.

When the on-looker puts on their own iGlasses, the QR code displays its advertisement, complete with animations, while the other iGlass users are seen wearing digital costumes.